How it All Began

Once upon a time in a land far, far away, a girl named Kristen and a boy named Dan met one Halloween night in New York City. Just three months later, they were engaged and plotting a move across the country the great state of Texas!

As soon as the couple arrived in Austin, the real wedding planning began, and there was nothing more important to an accomplished chef like Dan than good food at his wedding.  He wanted a menu that truly represented the seasonal, farm-to-table cuisine he loved to cook, but they couldn’t find a caterer who could truly realize that vision.  Since Dan couldn’t convince Kristen to let him cook all of the food for their wedding, they ordered barbecue so that all of Kristen’s family from the north could get a proper introduction to Texas cuisine. 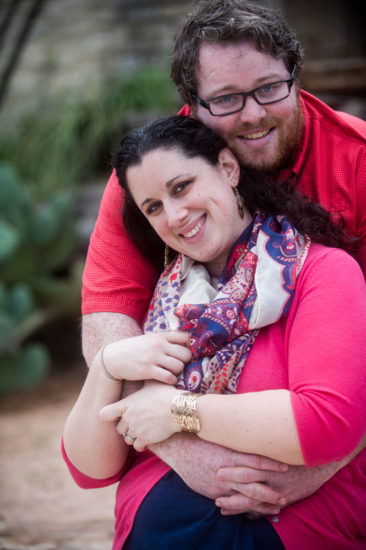 This wasn’t the last Kristen heard from Dan about making food for their wedding though… He still had to plan the rehearsal dinner, and that was completely out of her hands! Dan created a beautiful 5-course seasonal feast with items such as celery root and white chocolate soup, spicy duck meatballs with lemon gnocchi, grilled pork tenderloin with sunchoke creamed spinach. Many of the guests commented on how it was the best meal they’d ever eaten.

After the wedding festivities started to wind down, the light bulb went off in Dan’s head. He knew there must be other couples looking for the same seasonal menus for their events. Dan went to work writing menus and looking for kitchen space, and Kristen started making friends in the event community and learning as much as she could. They quickly realized that Austin was CRAVING a catering option that featured scratch-made, high quality, farm sourced cuisine. Just 3 months after their own wedding, Royal Fig Catering was officially launched in May of 2009.

Welcome to the family!

From a small Westlake storefront to a team of over 150 employees with locations now in both Austin and Dripping Springs, Royal Fig has not stopped growing.  Team Fig started as a family of two but continues to thrive because of the talents and contributions of the hundreds of amazing people who have been welcomed into the Figgy family along the way.

Thank you so much for choosing Royal Fig to be a part of your event.  We are excited to welcome you into our family too! 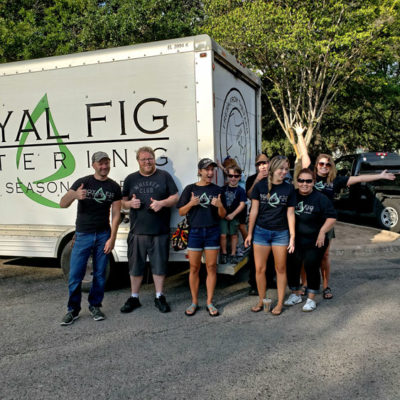